Power goes underground in the west 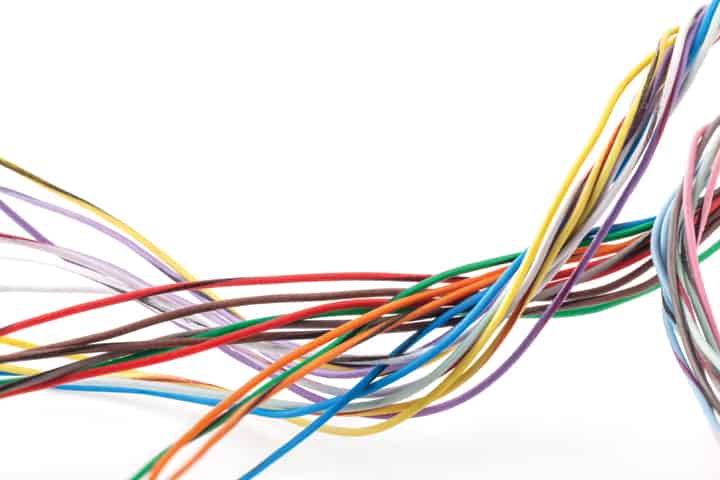 For over a decade, Western Power has been undertaking an extensive program to put powerlines underground throughout Western Australia. Around 18 per cent of the overhead distribution network existing at the start of the program in 1996 is now underground, including 54 per cent of the Perth metropolitan area.

After significant damage was caused to Western Power’s overhead network during very severe storms in 1994, the WA State Government established the State Underground Power Program (SUPP) to convert areas of overhead wires and poles to underground. A Steering Committee, comprising the Public Utilities Office (previously the Office of Energy), Western Power and the WA Local Government Association, was established to manage the program.

Pilot projects involving around 7,000 households were successfully carried out in Applecross, Albany, Cottesloe/Claremont and Wembley between 1996 and 1999.

In 1998, the Minister for Energy announced that the program would continue and invited local councils to apply for projects within their area to be considered for funding. The selected projects became Round One of the State Underground Power Program (SUPP).

There are two streams to the SUPP – Major Residential Projects and Local Enhancement Projects. MRPs are usually around 600 to 1000 properties in residential areas while the LEPs usually underground around a kilometre of roads such as main streets in country towns, council areas in the metropolitan area, or areas of historical or heritage significance.

So far 41 residential projects and 30 LEPs have been completed in the SUPP, costing around $315 million. Around 78,000 electricity meters have been converted to underground.

Local Councils can nominate areas to be converted to underground power.  Each nomination is assessed against social, economic and technical criteria by the SUPP Steering Committee. The State Government and Western Power each contribute about $10 million to the annual SUPP budget of $40 million.

Generally, the cost of each MRP is shared between the State Government (25%), Western Power (25%) and the Local Councils (50%). Local Councils usually pass their responsibility to the property owners in the project area who gain significant advantages from the conversion of the power system to underground. The funding for LEPs is similar to MRPs but the State Government and Western Power contributions are capped at $500,000 each. In areas that meet certain Socio Economic Index For Areas criteria from the Australian Bureau of Statistics, the responsibility of the Local Council is reduced from 50% to 35%.

In each project, a new street lighting system designed to the Australian Standard is installed. There are around 10% more lights installed than are removed with the old overhead system. The new lights are more closely spaced, generally alternated from one side of the road to the other, and placed around a metre from the kerb to provide more light to the roadway. The steel light poles will collapse when hit by vehicles to reduce damage and injuries.

•       Installation of green connection pillars, usually in the front corner of private property which serve that property and the immediately adjacent property wherever possible.

•       Installation of transformers and switchgear units to manage the distribution of power throughout the area. These are located in parks or public open space, or where required, on side verges of residential property.

•       Installing an underground connection from the connection pillar to the meter box at each property.

•       Installation of a new street light system designed to meet Australian Standards as closely as possible.

About 98% of the works are done by directional drilling. Trenching is only used around corners or when rocky outcrops are encountered. The extensive use of directional drilling helps minimise the impact on residents and keeps reinstatement costs low.

Western Power uses contractors who will first install the Transformers and Switchgear Units. The main cables are then installed around a metre deep under the verges using horizontal boring technology to reduce the impact on lawns and reticulation systems. The connection pillars are then installed and connected to the main cable and become live once the network is fully connected, tested and commissioned. Cables are also installed, where required, to connect the pillar to each meter box.  After the pillars in each area are energised, each property is then changed over to the new underground system.

A range of equipment is used in the construction process. The mains cable drilling (both high voltage and low voltage distribution) uses horizontal boring machines and a range of smaller drills are used for cross road shots or where space is restricted. Other equipment includes diggers and bobcats for joint and drilling flow holes; hiabs, cranes and EWPs for street light installation and removal of wires and wooden poles; and various small pneumatic borers for installing services inside properties to the meter positions.

The project has also been very successful in keeping to budget. Once a project is selected by the State Government it is then managed by Western Power, who oversee the planning, design, engineering, construction, completion and handover of the new asset to the company’s assets division.

They also manage the engineering and all of their contractors are on head contract arrangements for the duration of a Round of the Program, usually around 3 to 4 years. Tenders for the head contracts are called before each Round and are based on a lower schedule of rates for the work than normal market rates. Because the Councils and in turn the ratepayers are contributing up to 50% of the cost of each project, Western Power ensures contracting arrangements are secure so they can keep within the project budget. In return for working at agreed rates, they provide the contractors with continuous work for that Round. These arrangements have worked extremely well over the last 6 to 8 years and generally have retained the same contractors. It is worth noting that the last project where budget was exceeded was in early 2003 and Western Power has since completed 43 projects (including 24 major residential projects) within budget. The projects currently in construction are all progressing under budget as well.